Thousands of people demonstrated in front of Stoke Newington Police station on Friday 18 March in support of Child Q.

Thousands of people demonstrated in front of Stoke Newington Police station on Friday 18 March in support of Child Q. The protest was organised by a variety of community-based groups including Black Lives Matter Enfield, appalled by the experience of the Hackney-based black schoolgirl.

The school girl was subjected to a humiliating and traumatic strip-search by police officers at her school has launched legal proceedings against the Metropolitan Police and her school. The child was wrongly accused of carrying cannabis while sitting her exams at her school in Hackney, east London.
She was stripped-searched by officers in the knowledge that she was menstruating before being forced to remove her sanitary towel and made to bend over, spread her legs and use her hands to spread her buttocks and cough. 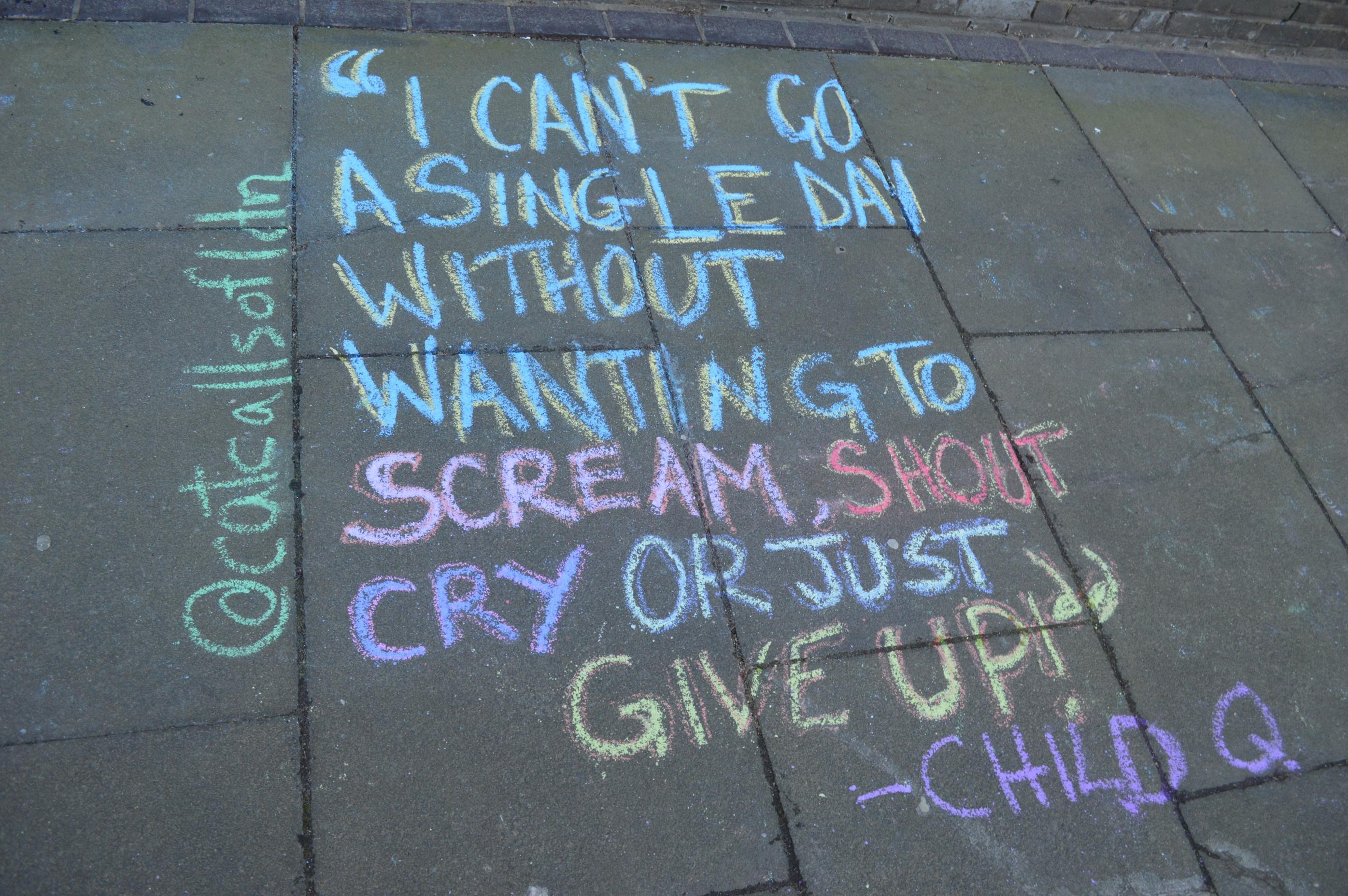 The case of Child Q has sparked growing calls among MPs and campaigners who have called for the officers and teachers involved in the “humiliating and traumatising” intimate search to be sacked and prosecuted.

The Met issued an apology and described the incident as “regrettable,” but politicians including Labour MP Bell Ribeiro-Addy labelled their response as “reputation management” and the Mayor of London, Sadiq Khan, condemned the case as “shocking and deeply disturbing.”

In a statement, Child Q said: “I want to thank the thousands of people across the world of all backgrounds who have offered me support – both publicly and through messages conveyed to my legal team – following everything I’ve been through. I know I am not alone.”

Local MP, Diane Abbott attended the demonstration. She has since written to Detective Chief Superintendent Marcus Barnett, condemning the ‘degrading, humiliating and traumatic’ incident that has taken place on his watch. Abbott notes the findings of the safeguarding report which cited racism as a factor in this strip search. She requests an urgent meeting the Chief Superintendent and his leadership team to discuss how vital improvements can be made in this matter. 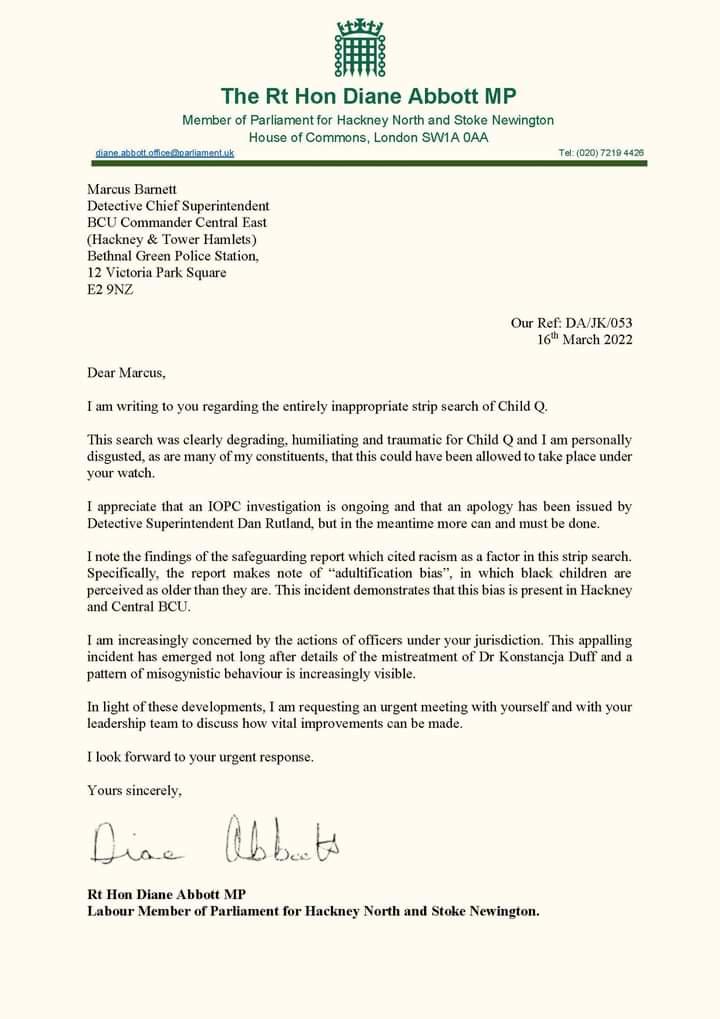 Further demonstrations against the treatment of the young girl are planned to go ahead across the country.