David Lammy will be opening the keynote speaker at the launch of Enfield Caribbean Association (ECA) first publication on 27 April at the Millfield Theatre.

David Lammy will be opening the keynote speaker at the launch of Enfield Caribbean Association (ECA) first publication on 27 April. Windrush Voices – 20 Stories of Determination and Triumph examines the life stories of 20 individuals, who came to the UK from Jamaica, elsewhere in the Caribbean and Africa, because of the British Government’s call for workers in the transport system, postal service, and health service following the Second World War. 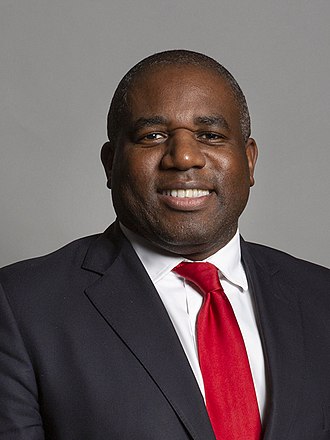 Those who answered the call came not just to help to rebuild Britain, but ultimately to build a better future for themselves and their children. The book shares their individual stories of their lives in their home countries before they came, their journeys to the UK, their early experiences, the difficulties they faced and their successes in life.

According to Oveta McInnis, ECA chair, “It is an important historical document which has recorded the lives and contributions that African and Caribbean people made to the UK.”

According to Sir Geoff Palmer, OBE, “The book contains historical stories that movingly recalls the lives and work done by members of the Windrush generation. The aim of this excellent book has been realised.” Sir Geoff Palmer is Professor Emeritus in the School of Life Sciences at Heriot-Watt University in Edinburgh and a human rights activist.

ECA has also created a mobile pop-up exhibition where visitors can get glimpses of the lives on the contributors to the book. Individuals such as Roy Merchant, who served in the Royal Navy in the 1960s or Martha Brutus who fled South Africa in 1968 because of the brutal Apartheid regime.

There is also a documentary film produced alongside the book featuring some of the contributors which gives a fascinating insight of the time.

Windrush Voices – 20 Stories of Determination and Triumph is available in paperback (£10) and hardback (£15). The book will be available from ECA’s website after 27 April.

If you would like to further information about the book, view the mobile exhibition or see the documentary film then please contact ECA at info@theeca.org.uk Office Mobile: 07908 600420.