Cries of “Black Lives Matter” and “Enough is Enough” have echoed on the streets of the USA, and here in Britain. Young people of all ethnicities have taken to the streets to protest against the killings and demand an end to institutional racism and discrimination.

Over the decades, there has been the systematic injustice of repeated killings of unarmed African-Americans by US police officers. These killings have taken place with near total impunity. No US police officer has ever been prosecuted for such a killing.

The graphic video of a policeman with his knee on the neck of George Floyd, causing his tragic death has brought this matter to the forefront of the struggle for global social justice.

Cries of “Black Lives Matter” and “Enough is Enough” have echoed on the streets of the USA, and here in Britain. Young people of all ethnicities have taken to the streets to protest against the killings and demand an end to institutional racism and discrimination.

The process entails “black people being assigned the label of criminal, whether they are guilty or not.”  The failure of the police to properly police local communities has largely been responsible for the high numbers of black people suffering the trauma of stop and search.

The end result is a battery of crime statistics that shows the high rates of arrest of black people. The reality is they’re being targeted for underground activities that are being carried out by other ethnic groups who are engaged in major criminal enterprises. However, we do not see the overrepresentation of these groups in the crime figures. For example, in 2010, 28% of children in custody were of BAME origin, but in March 2020 the figure was 51% - despite white children making up 76% of young offenders. Why is this?

The paradox of the treatment being meted out to black people is that we were invited to this country to help rebuild Britain after the second Word War. We are the very people that kept the NHS, the trains and other vital services running. So why are the institutions of this country so willing to deprive us of our right to be treated as equal citizens of the UK on the basis of the colour of our skin.

In addition, recent employment data shows that 9% of Black people were unemployed, the highest unemployment rate across all ethnic groups. The disproportionate impact of COVID-19 on BAME communities and the Windrush scandal, shows that there a need for urgent action to rid our country of the stain of historic structural racism and discrimination as never been greater. This feels like a genuine opportunity to make lasting changes and build a better and more equal society.

Exploring how best to respond

Enfield Caribbean Association (ECA) has created a Community hub in the borough of Enfield. The hub will be the centre of activities for families, children, young people and individuals of black origin descent in Enfield. The hub has four main interrelated strands:

In addition, we have also agreed to join forces with Black Lives Matter, Enfield to collaborative understanding of what could be achieved. The aim would be to formulate a plan for developing a shared approach to ensure sustainable and lasting change.

If you are interested and would like to t to join us and become members of the ECA, please click here and leave your name, email address and message and we will contact you. 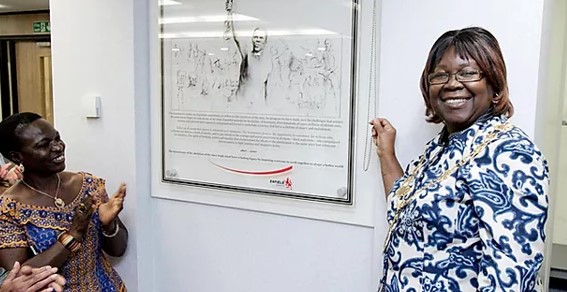 A moment in History