I am still puzzled as to why I was sent that invitation, as I am on public record as condemning the entire Windrush construct as a sham and as a gross distortion of the relationship between the African diaspora, from the Caribbean and the African continent, and Britain.

Thank you for your invitation to the unveiling ceremony on Windrush Day, 22 June, for the National Windrush Monument inside London Waterloo Station, ‘created by Basil Watson, the internationally renowned Jamaican artist’.

The invitation states that ‘the ceremony will celebrate the lives, contribution and legacy of those who came to the UK from the Caribbean from 1948 to 1971 and their descendants, culminating in the unveiling of this fitting monument, which can be embraced by future generations and the nation for decades to come’.

I am still puzzled as to why I was sent that invitation, as I am on public record as condemning the entire Windrush construct as a sham and as a gross distortion of the relationship between the African diaspora, from the Caribbean and the African continent, and Britain.

The invitation noted that ‘the event will be attended by guests that embody the spirit of diversity that our country has to offer (whatever that might mean). These will include notable British Caribbean individuals who have made a lasting contribution to the UK’.

Significantly, this monument is being unveiled in the same month that Her Imperial Majesty, Queen Elizabeth II, celebrates 70 years as British monarch.  During those 70 years, the British state has perpetuated a culture of racism that has violated the human rights of Black Commonwealth and of British born and naturalised citizens, marring their lives and killing thousands of them, directly through brutalisation while in the custody of the state and indirectly through the impact of racism on their life chances and their health and wellbeing. 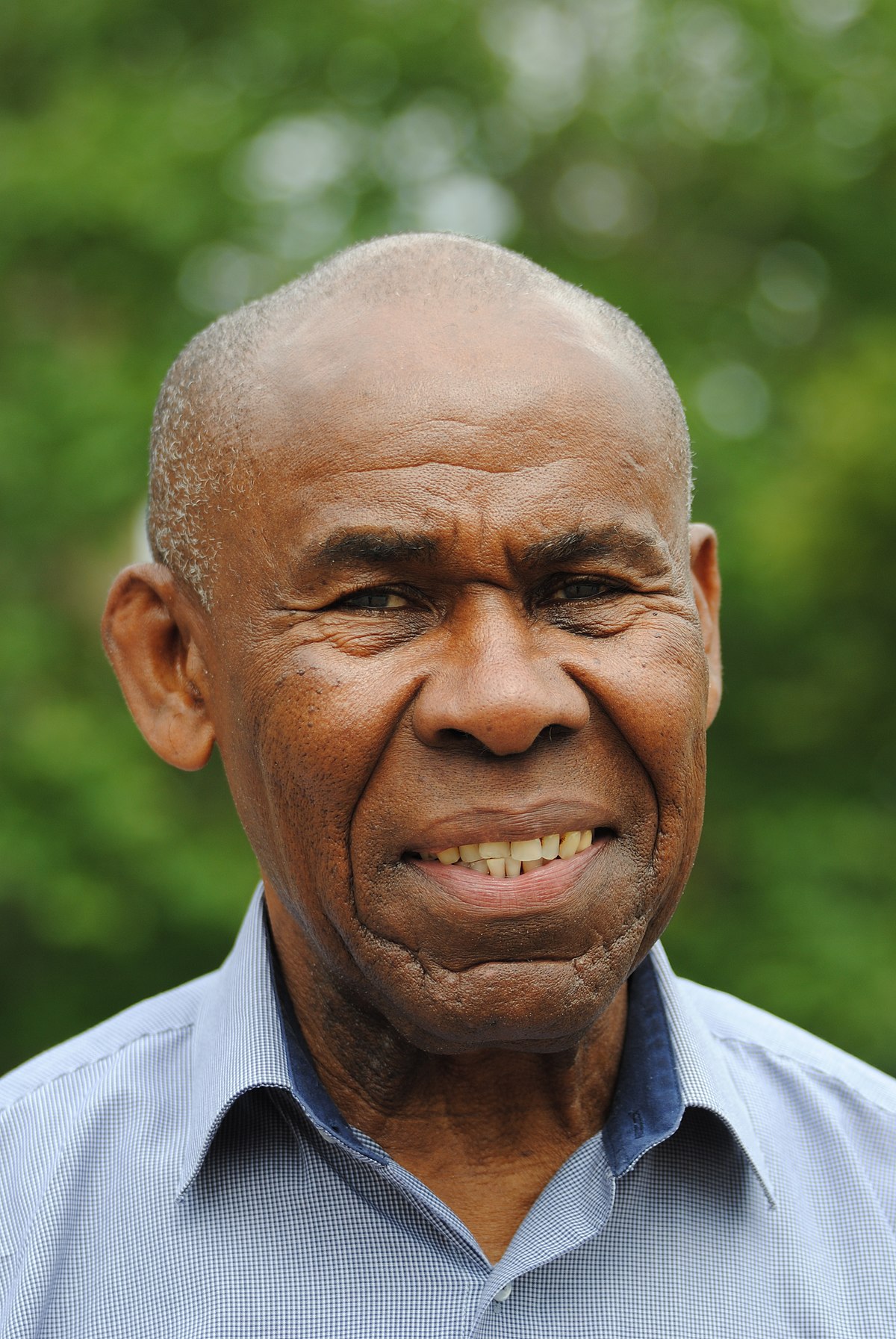 Just one week after I received your invitation, the Guardian ran a story of a report on the Windrush Scandal which the Home Office is said to be refusing to release and which argued, among other damning findings, that the scandal was the culmination of ’30 years of racist immigration laws’.

Throughout those 30 years and more, Her Imperial Majesty presided at the opening of Parliament and ushered into immigration legislation that was more racist in every iteration, including the legislation in 2014 and 2016 that framed ‘the hostile environment’.

In 1945, the Fifth Pan-African Congress was held in Manchester.  That congress, attended by pan-Africanists, anti-colonial campaigners and leaders of workers’ movements across the Caribbean, made a number of demands of the British state, including that Britain should take action against the racism Black people were suffering, especially those who had risked life and limb and given loyal service to the British Crown in the Second World War. The principal message to Britain from that congress was that those subjects of the British Crown who risked their lives in defeating Nazism should not have to face racism and Nazism in the very country they had fought to defend.

That was two years before the Steam Ship Almanzora arrived in Southampton from the Caribbean on 21 December 1947, carrying 200 ex-service personnel. Six months later, the SS Windrush docked at Tilbury.  Among its 500 passengers were many whom, like those on the Almanzora, Britain had abandoned to their fate once they were returned to the Caribbean after demob, thus necessitating their return to this country in search of bread and opportunity to rebuild their lives. It is those very citizens who, even though they were being killed often in greater numbers than their white counterparts in theatres of war, were denied the same rights, rewards and awards as them. Because they were Black, they were not allowed to rise to the rank of ‘officer’, despite phenomenal acts of bravery in some cases. On demob, they had been returned to the colonies to a life of penury, many having had to place themselves at the mercy of their communities, especially if they were still overcoming physical injuries and mental trauma.

Many of the so-called Windrush Generation will have lived cheek by jowl with them as they joined that extensive reserve pool of labour Britain had created and left impoverished across the Caribbean.

Yet, in a leaflet publicising the Windrush Anniversary Service in Westminster Abbey in June 2018, the organisers claimed that those who arrived on the Windrush ‘came seeking adventure’, as if they suddenly decided to club together and come on safari to Britain.  As if they did not have enough adventure on the killing fields of Europe.

The Windrush Commemoration Committee projects the monument as ‘an ambitious public artwork that stands as a testament to the contribution of Caribbean pioneers in communities across the United Kingdom’.  They claim that ‘it will create a permanent place of reflection and inspiration and be a visible statement of our shared history and heritage’.

But the Windrush narrative itself erases that shared history and heritage and refers lazily to ‘the Windrush generation’ as if they had no past and no experience with Britain before arriving in Britain.  It also presents those who came in 1948 and after as pioneers who clocked up notable accomplishments in a free and open society in which they enjoyed equal opportunities for their considerable talents to flourish.

There is over-emphasis on the contribution and legacy of those who came from the Caribbean and on the extent to which we have helped to build modern Britain, but no mention of the fact that ours has been a perennial struggle against systemic racism, neo-fascism and English nationalism.  As such, those who came in 1947 and 1948 have been in a continuity of struggle with the Caribbean and African Diaspora that had lived and struggled against colonialism and racism since the end of the 19th century, at least.

So, whatever grandiose notions those who constructed the Windrush hare and sent it coursing might have had, the SS Windrush was not the Mayflower and those whom it brought to Britain were not pilgrim fathers and mothers.  They were from the Caribbean but not of the Caribbean.  They had had a life experience with Britain before boarding that ship; an experience defined by imperialism, colonialism and racism.

The Windrush made one single voyage from the Caribbean to London in June 1948 carrying 500 people. Between then and 1962 when the British government passed the Commonwealth Immigrants Act to restrict open entry to its colonial citizens who were suddenly ‘coloured immigrants’, some 300,000 more had arrived on other ships or by air.  In 1961 alone, in order to beat the impending ban that the 1962 legislation would impose, 125,000 arrived from the Caribbean.  Their arrival sent shockwaves through the nation and huge swathes of the population demanded that their government should ‘keep Britain white’.

How, then, does the Windrush come to define the Caribbean population and its descendants in Britain for all time?

No doubt, the Windrush Commemoration Committee focuses on those who came from the Caribbean between the arrival of the S.S. Windrush in 1948 and 1971, rather than 1987 let’s say, because the Immigration Act 1971 effectively completed the process racializing immigration, which the government had started in 1962 and built upon in 1968.  After 1971, there was no automatic ‘right of abode’ and those seeking permanent residence had to demonstrate patrial links to Britain, or that they had been legally resident here for 5 years or more.

We complain about the falsification and erasure of our history by Eurocentric historians with a colonial mindset.  But that entire Windrush narrative distorts the history of Caribbean engagement with Britain and of Britain’s relentless efforts to keep us out and prove to the ‘keep Britain white’ electorate that we were not wanted.

If that monument celebrates the lives, contribution and legacy of those who came to the UK from the Caribbean (1948-1971), it is surely also a monument to the brutality of the British state in deporting undocumented Windrush folk who have lived all their lives in this country but were negligent in hanging on to their iconic blue British colonial passport and not regularising their British nationality; to Caribbean people who have so enriched life in Britain and contributed to its development into a modern multi-ethnic state.  But that state is one which has an industrial prison complex where descendants of the Windrush generation are more populous than any other section of the population; where we are over-represented in most manifestations of social malaise and grossly under-represented in positions of influence, decision making and the exercise of social and economic power, in government as in pretty much every societal institution.  Needless to say, it would be utterly perverse and mindless for anyone to point to Badenoch, Kwarteng, Javid, and heaven forfend, Patel to challenge this characterisation of the British state.

Despite all of that, however, shamelessly and totally without compunction, the British government declared that it had no intention of engaging with the UN Declaration on the Decade for People of African Descent (2015-2024) and putting in place a programme of policies and actions consonant with the theme of Recognition, Justice and Development.  In proclaiming the Decade, the UN cited:

‘the need to strengthen national, regional and international cooperation in relation to the full enjoyment of economic, social, cultural, civil and political rights by people of African descent, and their full and equal participation in all aspects of society’.

Instead, the Johnson government engaged Dr Tony Sewell to examine evidence of racial disparities and come up with a report which effectively said that irrespective of research evidence, government’s own statistics and communities’ perennial struggles for equal rights and justice, all was well in ‘ole Blighty’ and the government should hold firm and ignore the naysayers.

In my book and while acknowledging Basil Watson’s remarkable work, this is a monument to unforgivable political illiteracy and an entrenched colonial mindset.  What’s more, it is a monument to state racism, hypocrisy and hubris.

The danger is that it will have future generations of Britons, Black & White, and visitors from across the globe believing in the Windrush hype, with no awareness that the monument represents a complete falsification of the historical and contemporaneous relationship between the Caribbean community and Britain.

This Windrush narrative is fixed in aspic and creates no bridge between the struggles against racism and for equal rights and justice we have had to wage in this society over the last century and the efforts of those for whom we have made Britain home to build a future where combating systemic racism does not remain their day- to-day reality.

Her Imperial Majesty and no doubt Charles and William on her behalf will continue adorning the so-called Windrush generation and their descendants with British Empire gongs, while systemic racism becomes more and more embedded in Britain, as if it has nothing whatsoever to do with them.

For the avoidance of doubt, I will not be joining you at Waterloo on 22 June.